The SME student and graduate employment market- how is it looking for 2021? 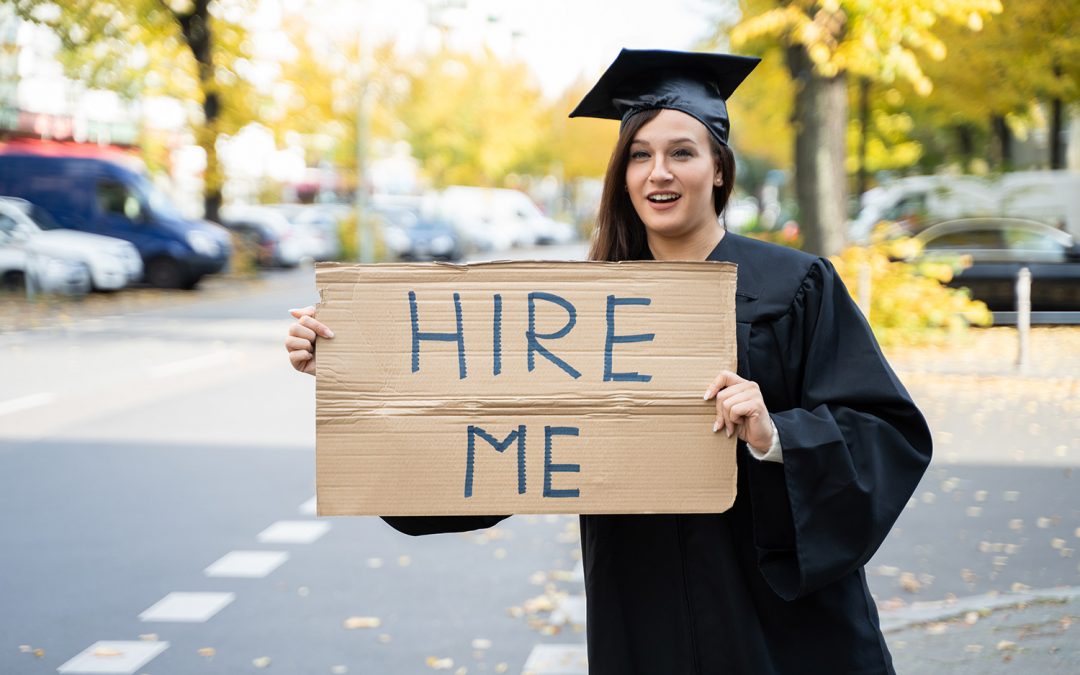 I speak with many small to medium sized employers across a range of industries, many of the businesses are related to engineering and manufacturing, but I cover a lot of other sectors too. Most have done a great job of adapting over the last 10 months and can be proud of what has been achieved- even if it’s simply keeping afloat.

As we all know, the pandemic has had a big impact on employment in general, and perhaps particularly students and graduates; the encouraging news is that some employers are recruiting, though there are still issues across a number of sectors, and a lot remains undecided and hard to gauge for the coming year. While other factors, such as how trade develops post-Brexit, will have an impact, clearly the main issue is how soon we can get the virus under control, and what lasting effect it has had.

Perhaps the best case scenario could see many more student and graduate roles confirmed from February or March, with a scramble to get people on board. Graduates, who have in many cases become used to seeing few opportunities, will need to be ready to respond.

For now, in terms of graduate roles, it’s a mixed message. Some employers are recruiting now, others are planning to. For many it depends on how their own customers get on and what contracts they get as a result. Others want to get someone in but can’t due to restrictions, such as working from home. Some have sadly made redundancies and their priority is keeping hold of their existing staff. And as many experienced staff have been made redundant, some employers are focusing on these when a vacancy comes up, meaning some routes that were open to graduates are temporarily closed.

For those employers that are recruiting, any job vacancy has a large number of applications; the quality is not always there though, and it can still take proactive work to find the best candidates- and there can still be a lot of competition for these.

Those employers who solely rely on links with a local university have often missed out on students and graduates from the local area who have moved away to study, and returned home to work; this could now be amplified, as many of those who would have been attending the university are now staying in their own town, and studying remotely. The pool from those universities who are available for work in the local area will be reduced, and competition for the top students and graduates in the pool will be fierce. One way of setting up work experience for those not in the area may be virtual, but again its not ideal- particularly in terms of maintaining a graduate pipeline, if they are not going to be around post-graduation.

Many employers who have established summer internship and industrial placement programmes for undergraduates are waiting before committing for this year; but there is still time, as the internships / placements won’t start until June or July. It’s a nervous time for those students who will be looking for such an opportunity, and it’s probably inevitable that there will be a reduction of options to some extent, resulting in increased competition.

For some employers, if these don’t go ahead this year it will be the second year in a row. This will affect their talent pipeline, and the momentum that has been built up, sometimes over years. It’s a decision that would not be taken lightly, particularly as this would mean that by the next intake it would be 3 years since the last one started.

Last year many virtual internships took place, and were a useful and innovative alternative, but they were not the same as being actively involved in a workplace, and shouldn’t form a long-term replacement – particularly where they are unpaid. In the short-term a lot may depend on workplace restrictions, particularly as undergraduates will generally require a bit more supervision and development, certainly in the early stages of a placement.

Many students build up work experience and support themselves financially through part-time work in the hospitality or retail industry; for example bars, restaurants, and betting shops. We can only pray that the damage to these industries is minimal. While the main concern is for those who make a permanent living from them, a valuable source of experience for students, where they learn a lot about work in general, grow in confidence, and develop a range of skills, is in danger of being lost. Certainly in the short-term.

The pandemic has resulted in some changes to working practices, and it’s clear that many of these are going to have a positive effect.

Use of Teams and Zoom has helped to shorten interview timescales in many cases; offering greater flexibility in timings, and where two interviews are usually needed the first can be online.

Home working has been utilised by many employers to ensure that operations have continued with relatively minimal disruption. Many I speak with are intending to continue this to some extent, where possible and suitable, when things return to normal- mostly as a hybrid where staff are in the office part of the week.

There are pros and cons on both sides of working from home, but one benefit may be for businesses in areas where there are a limited number of potential employees, who may be able to spread their catchment area a bit wider. While 20 miles or more is a bit far for many to commute daily, when working remotely and not going into the office every day it’s more manageable.

In relation to graduates, training, coaching, support, and development would need to be managed effectively. Where possible it may be best to have an initial training and induction period in the office, helping them feel involved, supported, and part of the team. And if this hasn’t been possible, then getting them in as soon as possible. When they do work remotely, most graduates will be able to get on with their work; however, it’s important to make sure they are not left alone too much, and it’s not assumed that because they haven’t asked for more support that they are ok. Having an open communication system like Teams can give a constant link, but it’s also important to have calls and check in with them regularly.

We also need to make sure that students and graduates of a lower socio-economic background aren’t unduly affected. A lot of great work has been done to address social-mobility issues, but factors such as lack of equipment,  space, money from part-time work, and in many cases support networks, now have the potential to set-back these students and graduates even further. Employers can do their bit by making sure that work is paid; and bear in mind that some may not find it so easy to work from home, or even do online interviews, and could need a bit of extra assistance and support .

Of course, not all jobs can be done from home, and a possible long-term concern is that the benefits of automisation have been demonstrated during the pandemic; some employers may go further down that route, resulting in some jobs no longer being needed, though hopefully different ones being created.

So, overall some positives along with the negatives; businesses have already shown they can adapt, and while some industries are having severe issues, they will hopefully regroup and come back stronger when we are back on track. I was recruiting in the last recession of 2008-09 and that wasn’t a barrel of laughs. But we got out of it, and will do again. At what cost to student and graduate employment remains to be seen.

We use cookies on our website to give you the most relevant experience by remembering your preferences and repeat visits. By clicking “Accept”, you consent to the use of ALL the cookies.
Cookie settingsACCEPT
Manage consent

This website uses cookies to improve your experience while you navigate through the website. Out of these, the cookies that are categorized as necessary are stored on your browser as they are essential for the working of basic functionalities of the website. We also use third-party cookies that help us analyze and understand how you use this website. These cookies will be stored in your browser only with your consent. You also have the option to opt-out of these cookies. But opting out of some of these cookies may affect your browsing experience.
Necessary Always Enabled
Necessary cookies are absolutely essential for the website to function properly. This category only includes cookies that ensures basic functionalities and security features of the website. These cookies do not store any personal information.
Non-necessary
Any cookies that may not be particularly necessary for the website to function and is used specifically to collect user personal data via analytics, ads, other embedded contents are termed as non-necessary cookies. It is mandatory to procure user consent prior to running these cookies on your website.
SAVE & ACCEPT